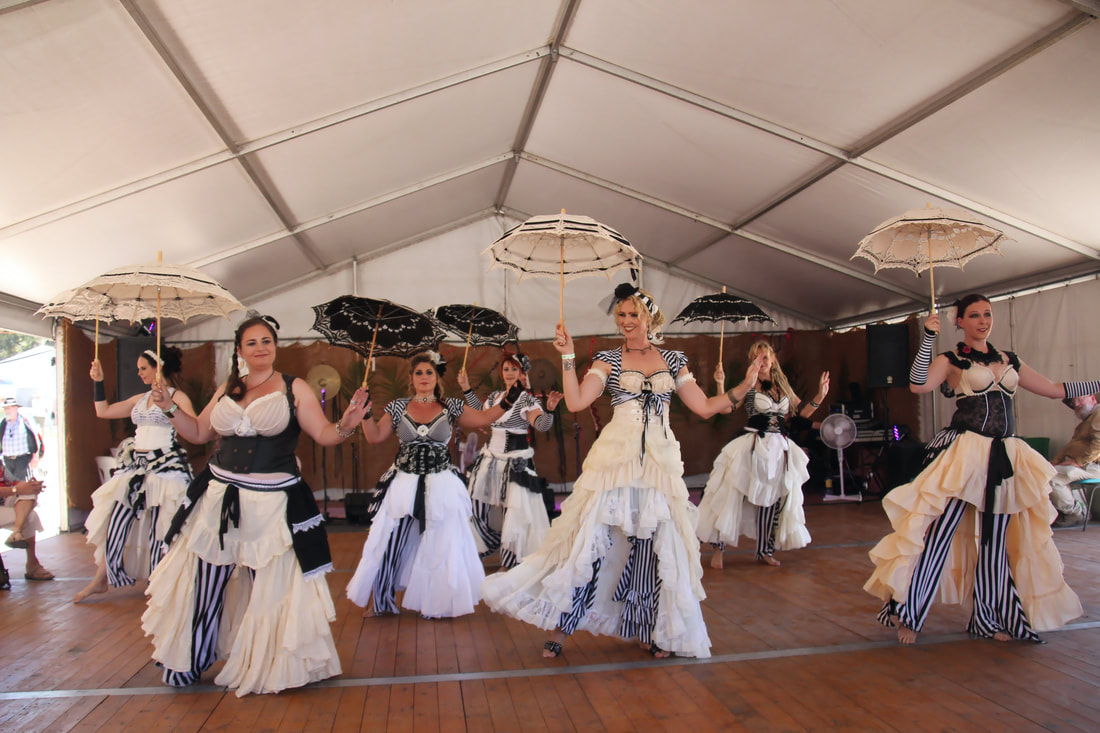 Drawing influences from Vaudeville, Bellydance, Celtic, Fantasy, and World Fusion, Illawarra dance troupe the Steampunk Vagabonds have gained a reputation for their vintage styling, elaborate costuming, and entertaining sets. Integrated with sound bites, audience interaction, props, theatrics, and spoken word, our performances are designed to take our audiences on grand adventures into a world of steampunk and fantasy.
The troupe formed in 2014 with three members, and relaunched in 2017 with ten key members. All performers have a background in belly dance, tribal, fusion, dance, drama, or circus, bringing a variety of skills and thrills to the stage.

The Steampunk Vagabonds have performed at events across the Illawarra and NSW including the Illawarra Folk Festival, Viva La Gong, Shoalhaven Superheroes Pop Culture Expo, Ironfest in Lithgow, Teslafest in Wilberforce,  The Steampunk Victoriana Fair in Goulburn, and the Festival of Steam in Thirlmere.

The Steampunk Vagabonds are known for bringing fun and entertainment to any event or party, and are available for festivals, parties, community, corporate, and private events.